By opting into the web form above you are providing consent for Legacy Martial Arts to send you periodic text messages. Standard rates may apply. You can reply HELP at anytime or learn more. You may opt-out anytime by replying STOP.
ACCESS OUR SCHEDULE
& EXCLUSIVE WEB SPECIAL

By opting into the web form above you are providing consent for Legacy Martial Arts to send you periodic text messages. Standard rates may apply. You can reply HELP at anytime or learn more. You may opt-out anytime by replying STOP.

My family has been going to Hamm's for about 9 months, and the improvements we have made (both mentally and physically) are immeasurable. The Hamm's and the rest of the students have definitely become extended family. The instructors are AMAZING, and I'm proud to say that I attend this school, and would recommend it to anyone!!

We absolutely love Legacy Martial Arts. We are always excited with the quality of instruction we get and pleased with the range of activities that the studio offers outside of classes. The desk staff always super helpful and great to deal with! We definitely feel part of a bigger family!

The people here has become family and are so amazing. I tried ever activity for my children but nothing stuck like this martial arts academy. I enjoyed taking my kids so much to the point where I joined. It's so great to be apart of this place and I am looking forward to seeing how far it takes us.

Amazing instructors!! They really connect with the students

Awesome program, couldn't have found a better place for my kids. Highly recommend this program. 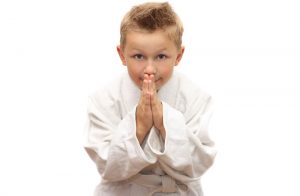 The word Discipline is rooted in the Latin disciplina, or learning.

In the middle ages, the word underwent a massive change, and was used by radical monks as the term for (learning by) “pain inflicted upon one’s self.” Basically, these monks would hurt themselves for wrong actions or thoughts, in the belief that by associating those things with pain, they would stop themselves from repeating the action or thought.

This is why, in English especially, we have a hard time nailing down exactly what the word “Discipline” means.

Here’s a few examples of that difference in the language:
– She chose to follow the discipline of aeronautics in college
– He disciplined his son with a firm hand
– The boy was well-disciplined in making his bed every morning

How can the same word be used for an education course, punishment, and being responsible?

Let’s break it down with a story you’ve probably heard before. In fact, I’ll just bring out the highlights for you.
Once upon a time, there were three little pigs.
One day, they all decided that it was time to move out of their family home and to venture out on their own.
The first little pig loved to play, and soon grew tired of trying to find the perfect spot for his new home. So he gathered up some straw, bound it all up in the first clearing he came across, and declared himself done. He then began playing.
The second little pig saw the first little pig’s flimsy house, and decided he would make his out of something sturdier. But he also loved to play, and didn’t want to work all day, so he made his house out of sticks. Soon, he was playing alongside the first pig.
The third pig knew the value of working hard now, so that he could enjoy more freedom later. He carefully chose a strong foundation for his house, then went about building a house of bricks. He labored while his brothers played, long hours mortaring each brick into place. But when he was done, the house was far stronger than the other two, and the third pig truly relaxed.

Now, we know what happens next: a big bad wolf comes around and blows down a couple houses, but has to give up on the brick house, as it’s not going anywhere.

Let’s change a few words in the story now.
How about, “A young boy” or “a young girl” instead of the pigs.
Let’s exchange houses for “chores,” and replace straw and sticks with “pushing it all into the closet” and “hiding it under the bed.”
And, of course, the bricks should be “putting it where it belongs.”

Now, we end up with a story like this:
Once upon a time, there were three little children.
One day, they all decided it was time to clean their rooms.
The first little boy pushed all of his toys into the closet so he could play sooner.
The second little girl shoved all of her toys under the bed so she could join him.
The third little boy took the time to put everything where it belonged.
Then, the children’s mom came along and checked the closet and under the bed. The first two children had to go back and take all of their toys back out, then go put them away properly, using up all of their free time.
The third child took a little longer in the beginning, but now has more free time to play, since he did it right the first time.

Above, there’s a quote from Abraham Lincoln, “Discipline is choosing between what you want now, and what you want most.”
The first two children showed little discipline, as they chose to get the chore done quickly, so they could play.
The third child, or the third pig, chose to complete the task fully, so that they wouldn’t have to do it over again and enjoy more time later.

When we teach children about Discipline, we explain that there are two types (think about the varying uses of the word from earlier).
External Discipline: the type that teaches us through pain (physical, like those monks, or mental, like a time out), that the action we took was wrong. This creates a reminder for us to not do it again.
Internal Discipline: the type that stops us from making the mistakes in the first place, or pushes us to take the correct action (like the boy that makes his bed every morning). This is usually learned from experience with External Discipline.

Before we wrap this up, let’s touch base on one more fun example of how Discipline functions.
In 1972, a Stanford scientist set up an experiment to test ‘delayed gratification’ in toddlers, and how that discipline affected their later years.
Each child was put in a room with a marshmallow on a plate, then told that they could either eat the first one now, or have twice as much when the researcher came back, as long as they didn’t eat the first one in that time.
Generally speaking, the toddlers that waited until the researcher came back so they could have two, grew up to perform better on SAT’s, health goals, and careers.

So, Internal Discipline is the ability to give up something small now, in exchange for something much greater later. External Discipline is any attempt to help someone learn a better choice by implementing pain (let’s be clear: we’re not encouraging you to shock your child every time they make a mistake; in this case, “pain” just means something they won’t like, like Time Out).

And, finally, a child that is taught early how to be more internally disciplined will be far more successful and far less likely to need external discipline as a teen or adult.

We all want our children to be successful, to stay out of trouble, and to make good choices. How, then, do we teach them to be more Self-Disciplined?

The answer is relatively simple:
Set clear rules with clear consequences, and then follow through. If your child chooses to follow the rule, reward them. Let them know that their self-control, discipline, was noticed, and that you’re proud of them. If your child chooses to break the rule, administer the exact consequence you told them earlier, then ask them what would have happened if they had followed the rule instead.

Again, it’s important that we stress this point: we do not condone physical punishments as a consequence.

This is why, in martial arts (and Legacy in particular), we have clear rules for each child.
There are specific “rituals,” like bowing, saying sir or ma’am, and even the way we shake hands.
Every little “ritual” helps each child feel like they are in a safe and structured environment.
They know what to expect when they walk in.
They know how they will be treated, and how they should treat others.
And they know that, by not following the rules, there will be consequences.

The best way to experience Freedom is to first learn Self-Discipline.

Oops! We could not locate your form.